As I mentioned or alluded to early in the thread, I, my son and a buddy were just passing through Rock Creek area. DNR/Forestry had a roadblock on the Hwy 60 end of the area at the church. They stopped us for a fishing license check. We'd fished earlier in the day several miles away and did have fish with us in the cooler, so no issue.

My buddy handed the DNR guy his fishing license and his carry permit for the pistol he had IN THE BACK OF THE SUV. He was trying to be law abiding and courteous. The DNR guy on his side asked him why he gave him the carry permit. He said his pistol was in the back.The DNR guys flanked my SUV. My buddy had given the guy an expired license, and they nearly went SWAT on us. One guy took the expired license to call it in when another came to get him out of the truck. You'd have thought he handed them a crack pipe. My buddy said "Hold on! I have another one!" and handed him the current one and it toned down about 5%. Meanwhile, one at my drivers window ordered me out of the truck and to show him the guns and the fish. It all calmed down, but it was also way overkill for a few guys that weren't even fishing there, or camping there or doing anything but passing through to get back to pavement.

There were at least 10 DNR/Forestry guys at the checkpoint. It was seriously similar to Northern Ireland with vehicles set up in a blocking layout.

Granted, it was Labor Day weekend, but it was BS to be handled like that.


So yeah, if I was needing to carry there, I'd be very discreet or camp somewhere else.

calebp said:
Is it corp property?
Click to expand...


Pretty sure but I'll check and get back to ya.
They will search your vehicle for over the limit fish if they half way think you're hiding anything
Actually I think it's on blue Ridge wma..

sniper22 said:
Pretty sure but I'll check and get back to ya.
They will search your vehicle for over the limit fish if they half way think you're hiding anything
Actually I think it's on blue Ridge wma..
Click to expand...

It is Blue Ridge WMA. Should not have a problem carrying so long as you have a valid license to do so. Otherwise they can charge you with several things if the gun is loaded.

The camping spot is on the left past the hachery and a little past the lake for those still coming up. There is no cell service once you get past coppers store. So y'all come on down

I had a great time on Friday. Thanks

hikingthehills for organizing this trip. It was great to meet you guys and finally put some faces with names. Also good to catch up with you guys that I hadn't seen in a while. I'm looking forward to the next trip already!

Enjoyed the trip to Rock Creek and catch a few, it was great to meet

Vincent Vega and @biker_bill. Hope to get together with ODT'rs again soon.

Sorry I missed the party, had a good excuse......my new grandson

Pics or this trip didn't happen
You must log in or register to reply here. 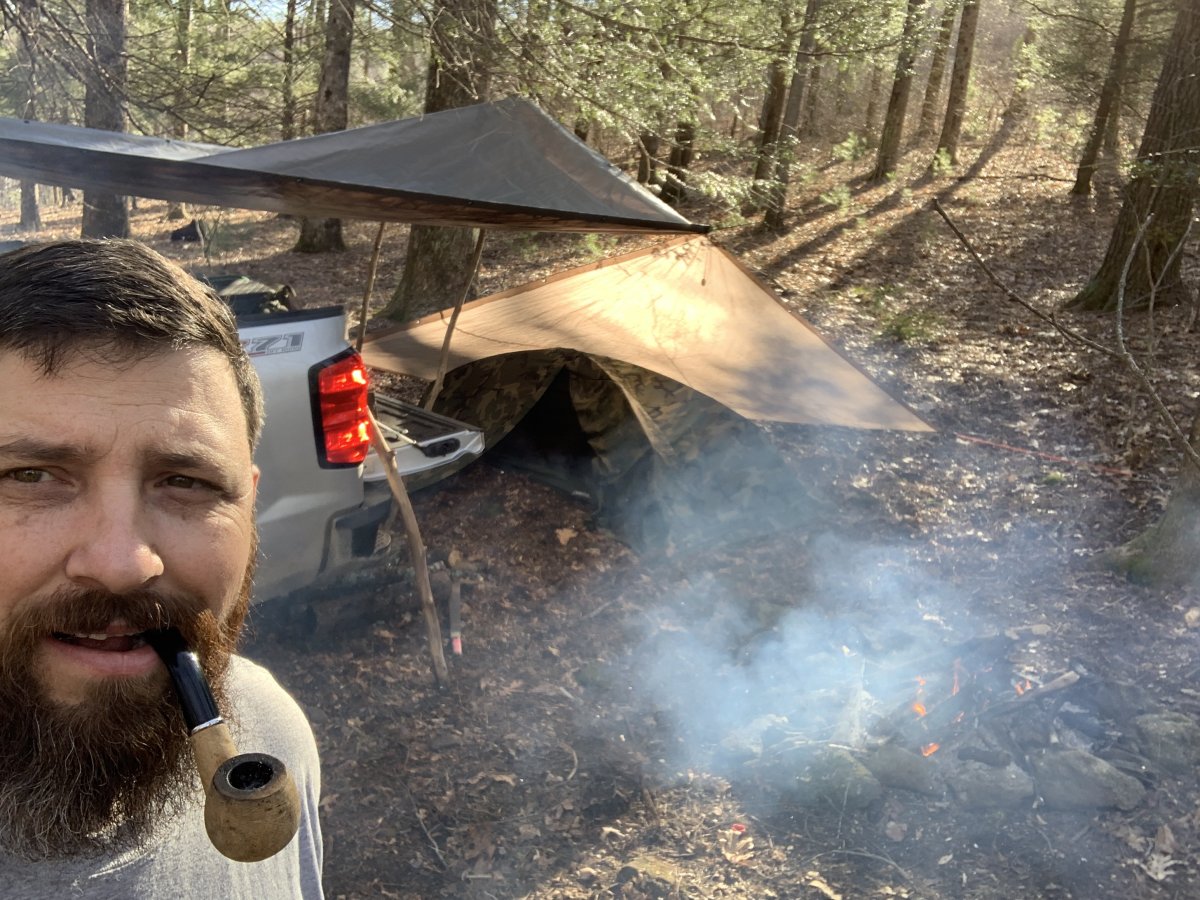