My wife was more sick than me and she had three negative test. Both the rapid test and they sent it off to be sure. All negative but they tested me positive. I don't trust any of it, really. Praying for you and your family.

hope you feel better. for the record the CDC finally admitted that the PCR tests can't actually differentiate between COVID and the flu. https://www.cdc.gov/csels/dls/locs/...-Changes_CDC_RT-PCR_SARS-CoV-2_Testing_1.html

Hope everything works out for you and the family

pistolgrip said:
hope you feel better. for the record the CDC finally admitted that the PCR tests can't actually differentiate between COVID and the flu. https://www.cdc.gov/csels/dls/locs/...-Changes_CDC_RT-PCR_SARS-CoV-2_Testing_1.html
Click to expand...

Yup, because they didn’t actually have an isolated SARS-CoV-2 virus to base the test on, so they’re not testing for the actual virus. Also, the way PCR works, if you’re not satisfied with the results, the replication cycles can just be turned up to allow for a more “sensitive” test. Probably why so many early on were sick but not positive, the test wasn’t cycling “enough.”

Tests are not cleared or approved by FDA. Daughter was told she was positive and negative all in the same week using nasal swabs at 2 different doctors and tested at 2 different labs. The rest of the family all tested negative and we all live under the same roof.

I believe it's a crap shoot, the "tests" that is. A family friend was over for dinner Dec 14th, she called a couple of days later saying, "I've got Covid bad, y'all should get tested."

Me, my dad and his wife (also at that dinner) go and get tested. Dad's wife was ill, tested positive. My dad and I felt fine but went to the doctor's office Dec 18th for testing. Blood tests showed be as not having an active case nor antibodies for previous infections. Dad had no active case but DID have antibodies. I said, "Let's do the swab test as long as we're here." They took the samples and we left. I get a call three days later, "You and your father need to quarantine for 10 days. Your tests came back positive." Dad had almost no ill effects from CV19 (he's 79) and I lost my sense of smell for about 6 days, had a headache for day 1, then no other symptoms.

Maybe we caught the white privilege strain and that's why it was no big deal.

I hope you get well soon, my neighbor has been fighting off the Grim Reaper for 8 months now, due to CV19.

We actually tested 10 tests at work. 3 of the 10 that we opened then tested came back positive. There’s videos of government officers in other countries using Coke to test and they came back negative. The whole thing isn’t a conspiracy but it’s shady as hell

People are basing life decisions and job decisions on these inaccurate tests. All you can really go by is whether you are sick with symptoms or not.

Don't think that one over too much it hurts my brain trying to figure it out.
You must log in or register to reply here. 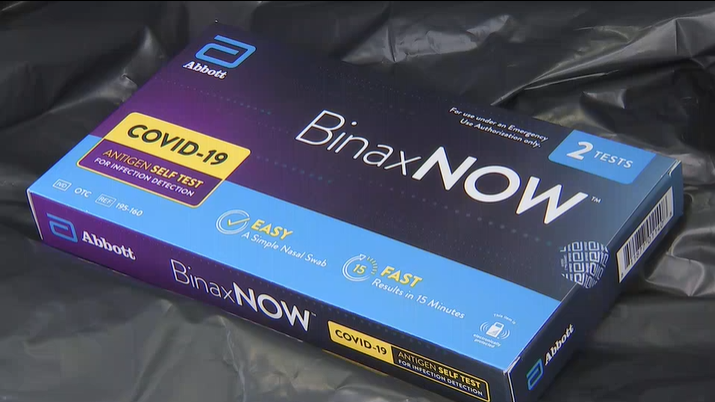