All righty ODT,
The wife says I can’t have two old blue 2 door SUV’s so this ones got to go.

The story:
Bought this xj knowing it had some floor pan rust and I could get a good deal on it. My intention was to go through it completely and basically “restore it to factory”.
Well I’m at the point where if the next owner wants to off road it, there’s no sense in digging any deeper.
So here’s what I’ve got over the past year and a half-

-Had the passenger side floor pan and seat riser completely and professionally replaced by a buddy. We went ahead and welded frame stiffeners on while we were at it, it rides real nice n stiff if you know what I mean.
-did the rear main seal
-flushed and filled the cooling system
-oil pan gasket
-brake adjustment
-serpentine belt
-new head liner
-new carpet front and back
-threw some floor mats in
-replaced the aftermarket head unit with the factory one
-while the interior was apart I replaced the center console bracket that is notorious for breaking with a metal one
-put a brand new battery in 7/7/21

What it needs;
-paint (obviously)
-still leaks a tiny bit of oil (imagine that)
-a/c works but could probably use a charge
-right arrow doesn’t work on the power mirrors
-handle is missing on the driver seat to fold it forward (I have it though)
-passenger armrest cover was pulled off and I haven’t got to an upholstery guy to get it back on
-the little weather strips on the roof are coming off, I’d take em off anyway before paint
-has an abs light on (who needs abs?)
-rear windows had a weird tint on them that was peeling so I took it off (don’t ask me how long it took) front and gate windows are tinted so just needs the rear two matched
-the off road lights on the bumper don’t work and I haven’t looked into it

Extra-
I’ve got a cold air intake and some other spare parts in a box. Has a matching full size spare. I did not put the interior tire carrier back in because if I were to off road it, the tire would go on a swing out bumper carrier.
Has the rear cargo cover but I haven’t put all the hooks back in- I was going to find some metal ones.
Still has the factory jack under the rear seat
Interior panels are missing some screws- SOP for xj’s
Dome light works!
Have the rear bumper plastic corner pieces but seem to have misplaced the screws so I haven’t put them back on.

*Edit*
Drove the XJ 127 miles down to Eatonton so now she’s down there. I’ll be available weekends to show her. Might work on it here and there and I’ll edit the post as needed.

I appreciate anyone who read all that, I like to be thorough.

I want this so badly

One who clings to guns and religion

ZachB said:
I appreciate anyone who read all that, I like to be thorough
Click to expand...


I feel like I just read a novel, but without knowing the ending.....

chris.jackson said:
I feel like I just read a novel, but without knowing the ending.....
Click to expand...

It ends with you riding off into the sunset in your brand-new-carpeted Jeep! Shiftin gears and responsibly poundin beers… as god intended

This item has been relisted. The new listing can be found at https://www.theoutdoorstrader.com/threads/fs-ft-‘97-jeep-cherokee.2585766/.
You must log in or register to reply here. 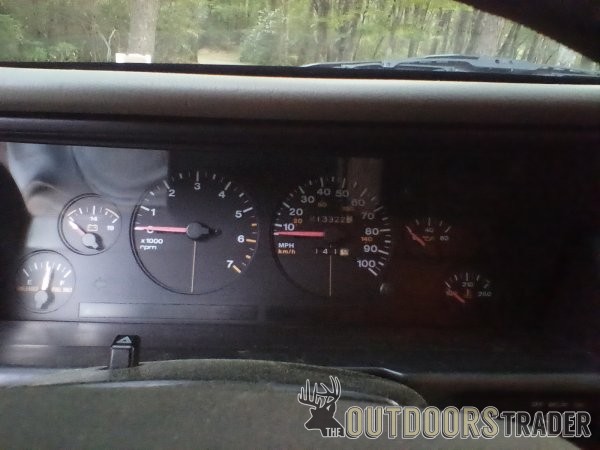 Wednesday at 9:05 AM
Rick PAYNE